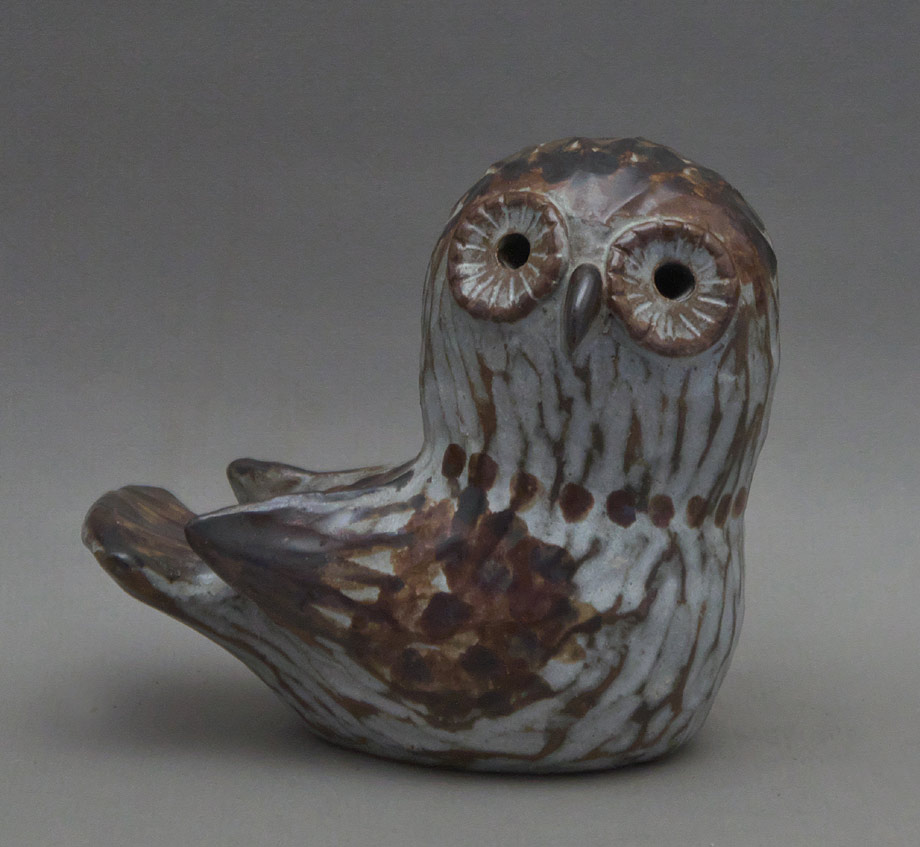 obituary:
Tommy Kakinuma, potter and sculptor died September 9, 1982 after a lengthy illness.
He was 73.
Tommy first came to Canada in 1937. He taught at U.B.C. and at Banff. He won numerous ceramic awards including the Canadian Ceramic award in 1957, Best Canadian Sculptor in 1963 and a silver medal at the 1963 International Ceramic Show in Prague, Czechoslovakia. He worked and died in his home in Burnaby where his wife Ikuko and daughter Hitsue still live.
A very beautiful memorial service was held at Forest lawn little Chapel of the Flowers in Burnaby.
The following is taken from the eulogy given by Doreen Lawson, Burnaby Alderman.

We are here today to honour the memory of Mr. Tommy Kakinuma who was a potter and artist, husband, father and a friend, and not necessarily in that order. He was a quiet, sensitive man who had an appreciation of the beauty and serenity of nature. His artistic talent expressed this through his work in his sculptures, his garden and his home. He was also strong minded and determined. He valued his privacy and refused to give it up, even when his illness took him to the hospital. Mr. Kakinuma hated hospital life–the noise, the lack of privacy and the interruptions, and he wanted so much to go home. It is a credit to his wife, Ikuko, and his daughter, Mitsue, that he was able to spend his last few weeks in
the home he loved so much. It’s no wonder he held his wife in such high esteem and was so proud of his daughter. Mr. Kakinuma had a personal integrity and quiet dignity and he earned respect both in his private and professional life. He was a potter who worked with clay which is a very humble medium and fashioned it into an object of great beauty. His love
of life was expressed through the quality and excellence of his work. The only complaint I ever heard from shop owners who sold his sculptures was that they could not get enough Tommy Kakinuma pieces to meet the demand. His sculptures give qreat joy to everyone who has them and each piece has a character of its own. Mr. Tommy Kakinuma brought honour to our country and to his community of Burnaby with his work. He leaves a legacy behind –the memory of a warm and caring man remains in his sculptures which are a celebration of life and love. He gave of himself to us all and, especially, to his family. He will be sadly missed.