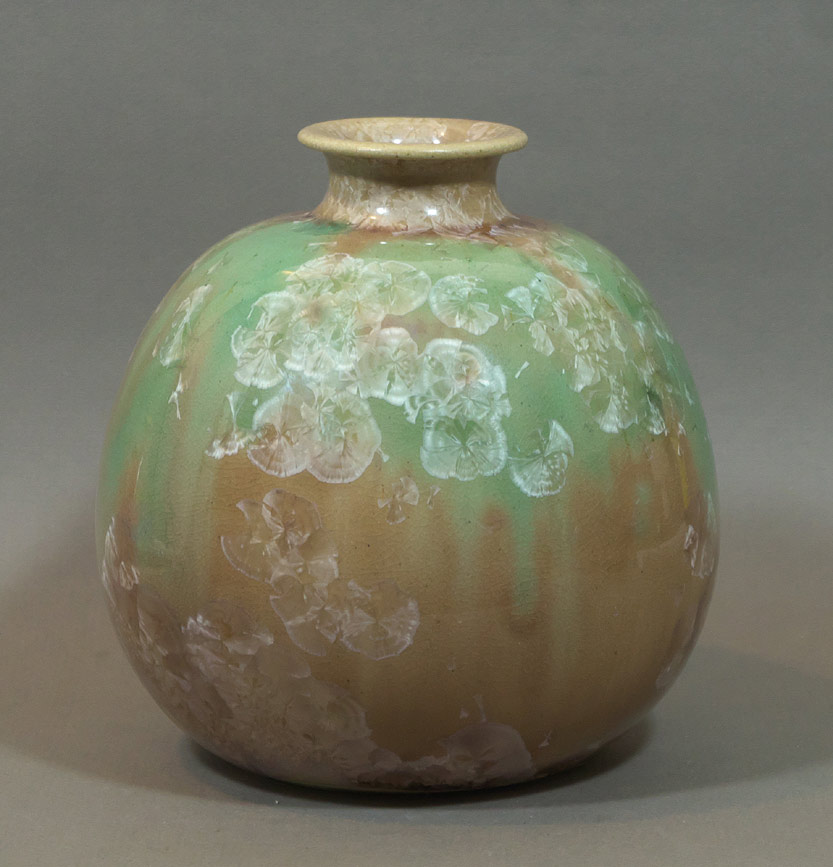 Otto Wichmann had a successful pottery studio in Hamburg, Germany but emigrated to Canada in the mid 1980’s. He opened a studio in White Rock BC and worked producing art ware specializing in crystalline glazes. I spoke with him at an art show in Esquimalt BC sometime around 1987, but it seems his stay in BC was rather short lived as he is no longer active in the area.