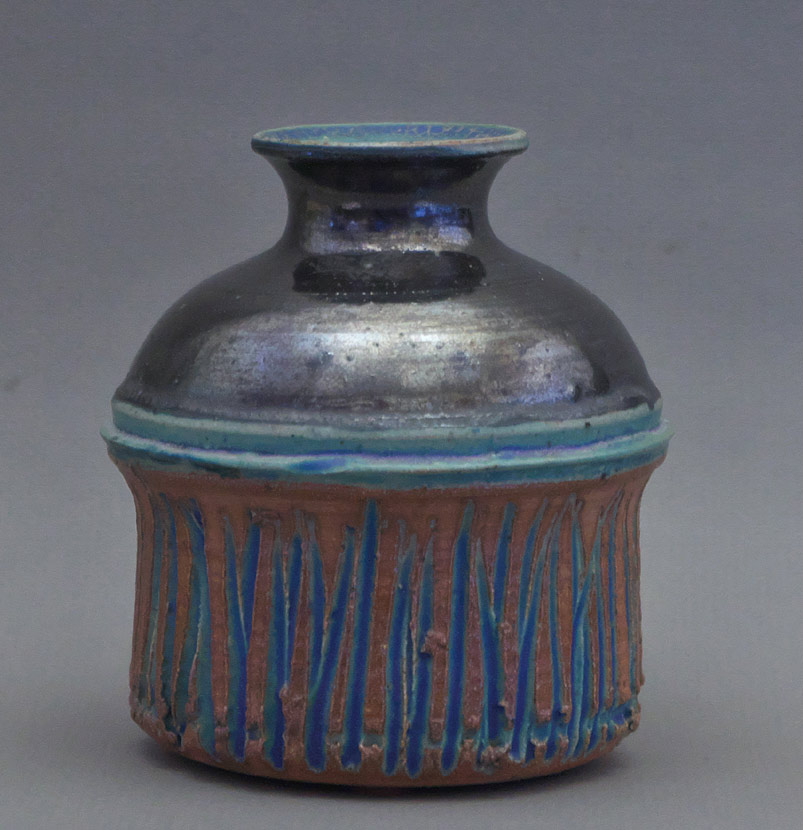 Produced 1970 at the “Clay Association” in Calgary.
The Clay Association was formed in 1969 as a joint venture by Ted Diakow, Walter Drohan and Harlan House. The pot bears the logo of the group plus Harlan’s early chop.

Harlan House writes:
The black glaze is called “Blackstone” and came from Walter Drohan and the Alberta College of Art. The blue glaze was called “Lithium Blue” and was one of Bert Borsch‘s – Bert was one of my instructors in 1969. The clay is from Medicine Hat and is one of the first made by Plainsman Clays.