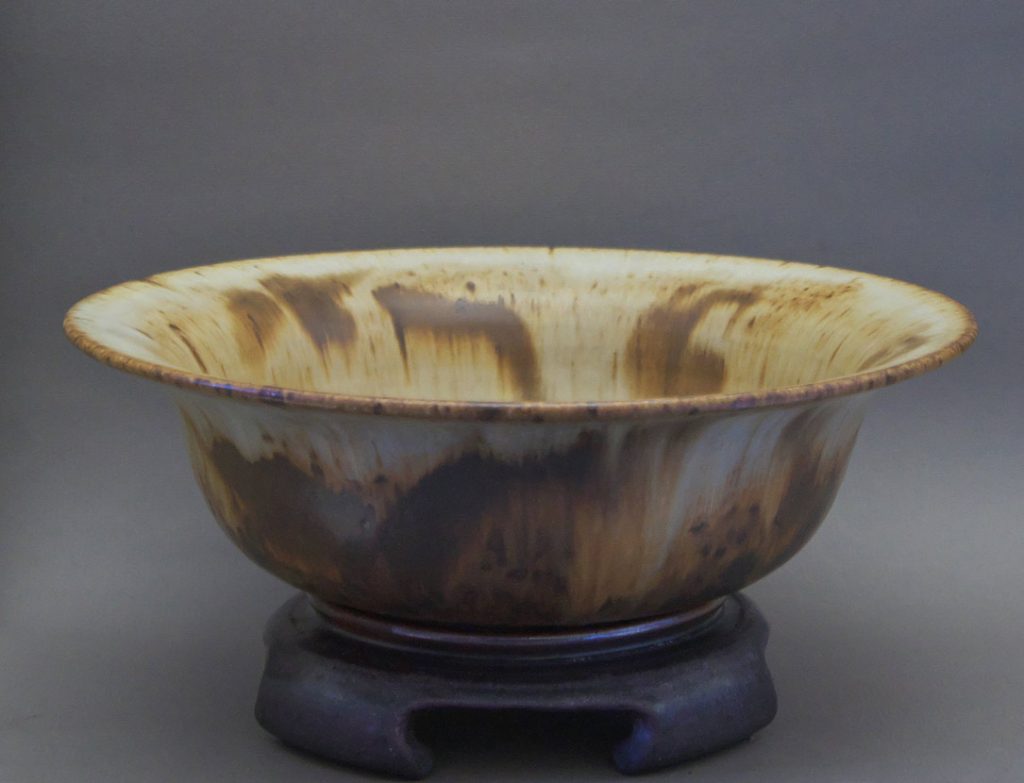 Thorlaksson studied and graduated in Fine Arts from San Jose State University California and taught ceramics in B.C.
through the 70s.
Thorlaksson was influenced by the Chinese ceramic forms and glazes of the Sung, Yuan and Ming dynasties. During the 1960’s, when he was studying, he found he was not entirely in line with the prevailing attitudes. In an interview in 1977 he said,

“My style was not very well received. The trends then were ceramics that had a total earthy functional quality, or to those which gave social comment. There was a general resentment towards elegance and other characteristics associated with the Imperial Chinese periods.”

For every pot Gordon Thorlaksson made, he made an accompanying ceramic base in the Chinese tradition.